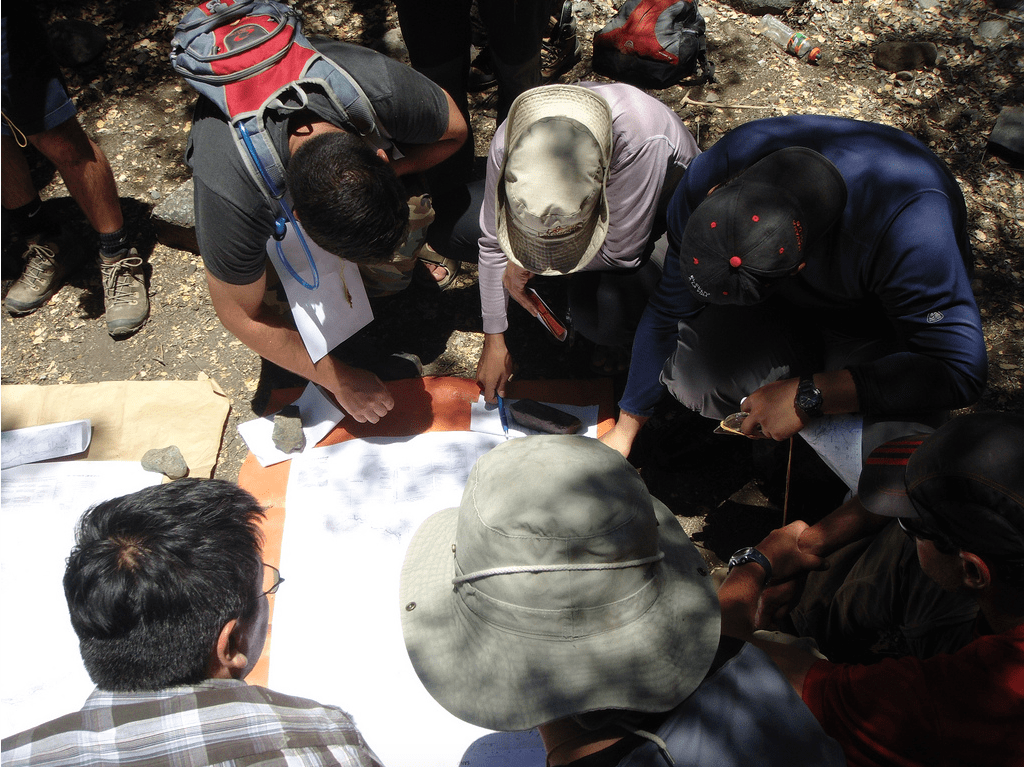 Don't get lost in the mountain and learn how to orientate yourself.

Don't get lost in the mountain and learn how to orientate yourself! 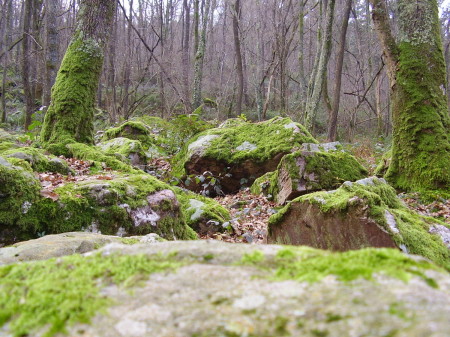 Getting lost during an outdoor walk is more common that it looks. In most of the cases we get lost because we decided to abandon the known path and make our own. If you like to go on an adventure in the woods and make your own footpaths, you need to learn how you orientate yourself in the natural environment.

Study the terrain and make a map

If you want to make your route work, you need a plan ahead. What you want to do, an where you want to go. Our advice is that you consult the characteristics of the place that you will travel. Determine what your conditions are, how does the area looks, are there mountains, rivers, recreational areas and so on. If there is anything special you mark it.

Once you know the characteristics of the area you have to decide how many kilometres you want to walk and how long it will take you. Are you a pro, a beginner, is the area flat, do you have to climb a mountain or are there a lot of height difference? It all plays his part.

Our advice is to choose the trails who are approved. All approved footpaths are governed by a European Standard of colour codes. If the program follows the standard, it will use the same two parallels stripes of colours. A white upper strip and a lower strip in blue, green, red or yellow. These marks appear on logs and road stones on wooden blocks placed along the path.

The red colour of the lower strip identifies trails of great remembrance (GR). The lower green strip is used to indicate local routes (SL). The short path trails (SPT) are characterized by a lower yellow fringe. And at last we have the paths with a lower blue strip. In these cases the roads are approved for horses, mountain bikes, quads and even SUV's.

Mark benchmarks on the map

Once we have studied the terrain and the conditions of the route, we set in the starting and end point in the itinerary that serves as a reference. It's important that we choose significant landmarks such as emblematic natural parks or architectural constructions such as hermitages or fountains. Avoid using landmarks that are not marked on the map, they will complicated the itinerary and will nuisance your orientation.

Tricks to learn how to orient yourself in nature

Next we propose that you observe the natural elements which are cardinal, so you can recognizes them and use them as a map. In addition to compass and GPS location, we can resort to the sun, rock moss, tree leaves and even stars. 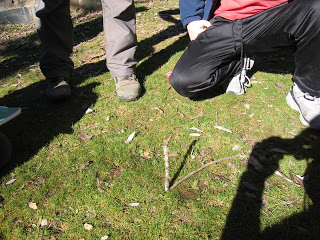 This technique is bases on the fact that the sun rises in the west and sets in the east. Improvise a sundial with a long pointed palp and nail it on the ground. It is advisable that the chosen field does not have any imperfections. You will notice that the stick cast his shadow on the ground. This mark points west.

Wait 10 till 15 minutes and watch the shadow shift. After 15 minutes, mark the new position of the shadow and connect the two marks on the ground with a straight line. If you want to know what is north, you must place your back to the line with your left foot in front of the first mark and the right foot in front of the second mark. In this position you will point to the north.

Use moss as a compass

Europe is located in the northern hemisphere of the planet, so the trajectory that the sun makes with respect to the Earth is inclined toward the south. This means that our forest have a zone of umbra resulting from the solar trajectory. It is important that you remember that moss grows on the north side of trees. It will serve as an improvised compass in cases of emergency.

In the worst case, and you get lost look for the riverbed and follow it. You will find some path during this tour. Hence the saying "Lost in the river". Another trick is to remember the direction you have begun the march, so if you left walking towards the south, to return you must simply walk to the northern direction. And above all, the most advisable thing is that you always use common sense and do not overdo it during the trip assuming unintended risks.

If you want to put these experience into practise, or want to learn more about survival you can take an Orientation course in Les Rhodanes and its surroundings.